Paramount Pictures is using a unique tactic to find Chinese actors for its upcoming sequel Transformers 4. The studio announced today that they are starting up a Chinese reality series entitled Transformers 4 Chinese Actor Talent Search. 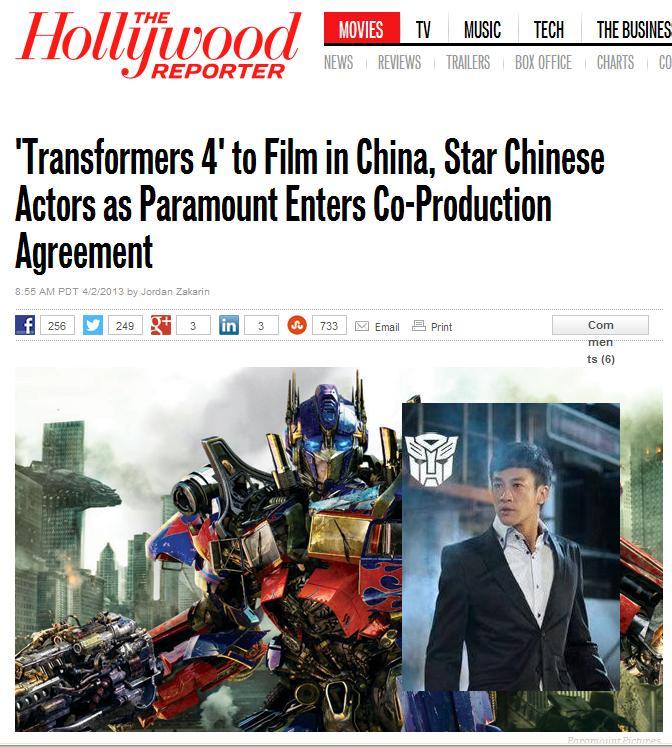 Not major news like Kelsey Grammer casting, but some tiny casting news from Transformers 4. Apparently, the Auditions for Transformers 4 Chinese Cast are off to a great start. As Yahoo News found out, there is going to be 6 roles available with 2 slots already filled by Li Bingbing and Wu Xiubo.

2005 Boards Member TFtoycollector is bringing us the news that over 50,000 Chinese actors will audition for a role on TF4 and among them some famous actors such as Huang Xiaoming, Chen Kun and top star, Peter Ho.

The names of course are new to Hollywood but in China their reputation precedes them. Casting of Chinese Actors for Transformers 4 is a move to market movies to China where an emerging (and potentially huge) market for Hollywood movies exist. This move is endorsed by both Paramount and Hasbro. We are yet to hear about the Robot Cast of Transformers 4. Director Michael Bay declared that they’ll be bringing in New Characters and Old Characters will go through a “Full Redesign”.